About The Worship Center 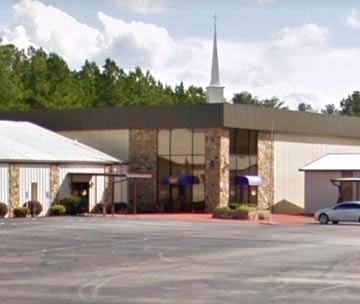 On the eve of Friday, January 9, 2004, we were pushed into our destiny. Out of the storm of persecution, direction came forth. Fifty believers met at the home of Bobby & Vickie Morrow, and through the tears of dismay, we began to sort through the ruins and rubbish. With God's guidance, we found the tools to rebuild and begin again. On this day and date, God began to birth some new things in us. As Pastor Gentry meditated to find out the biblical meaning of the number "9," he discovered that it meant "new birth." From this, our name was born.

Two days later, on January 11, 2004, NewBirth held it's first worship service at the Northwest Recreation Center in Spartanburg, SC with 300 people in attendance. The choir and praise team led by Lady Veronica Gentry ushered us into God's presence by singing, "Now, We Can Begin to Worship Him in Spirit and In Truth." Pastor Sharome L. Gentry stood boldly and brought forth an inspiring message from Exodus 3:10-20, entitled "Too Close For Comfort." This particular message's emphasis was that we had become too comfortable with where we were in God. Therefore, God had to push us out of one dimension to bring us into another.

On April 25, 2004 (Resurrection Sunday, our last Sunday at the Northwest Center), God confirmed to us that His mighty hands were upon us. Pastor Gentry, at the end of his morning message gave an altar call, and many souls were saved. For the first time in four months, he asked if anyone wanted to join New Birth. Fifty more souls came forth. 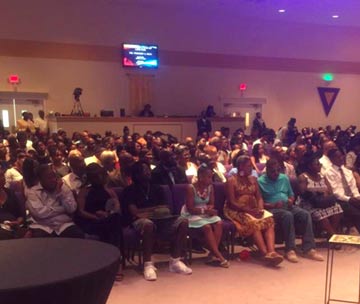 On May 1, 2004, New Birth moved its ministry downtown in the heart of the city to the Spartanburg Marriott Hotel at Renaissance Park. At our first worship service held there, about 450 worshippers attended as New Birth made history being the first church to worship in the city's new, multi-million dollar hotel. The message for the day was from 1Timothy 6:12 and entitled, "The Fight Is Fixed."

By our 1st anniversary, both the membership and ministry had experienced unprecedented spiritual growth. In June 2005, New Birth's first media campaign was launched and premiered on over five television stations and networks. June 2005 marked another milestone. After much prayer and consecration, Pastor Gentry found New Birth's permanent church home located at 945 Canaan Road in Roebuck, SC. This property includes a five-acre tract of land with three buildings that include the following: the main sanctuary, a center for our youth, a dining hall, office spaces, classrooms, and a bookstore. This gives us a total ministry campus that will accommodate up to 800 worshippers. At this time, New Birth, A City of Refuge became New Birth Spartanburg under the leadership of Bishop Eddie L. Long who is the Pastor of New Birth Missionary Baptist Church in Lithonia, Ga.

Over the years, we went through many changes and overcame many obstacles. On May 1, 2012 after much thought, consideration and prayer, New Birth Spartanburg became The Worship Center of Sparatanburg. Today we are a church on the move and are well aware that we all have individual and collective responsibilities to the Kingdom agenda. We believe that God has birthed us in such of time as this to become the forerunners of that which he desires to do in our city and even our nation. We are humbled and thankful for the womb that birthed us.